Batman: Death in the Family

Batman: Death in the Family

IMDb: 5.5 2020 96 min 37 views
Tragedy strikes the Batman’s life again when Robin Jason Todd tracks down his birth mother only to run afoul of the Joker. An adaptation of ...
ActionAnimation 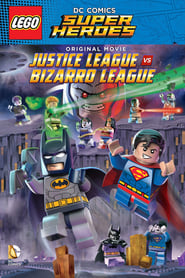 IMDb: 5.9 2015 48 min 35 views
Superman’s clone, Bizarro, has become an embarrassing problem. Chaos and destruction follow Bizarro everywhere as he always hears the opposite of ...
ActionAdventureAnimationFamily

IMDb: 6.3 2014 84 min 47 views
The mystery begins when Shaggy and Scooby win tickets to “WrestleMania” and convince the crew to go with them to WWE City. But this ...
AnimationComedyFamilyMystery

Batman: Under the Red Hood

Batman: Under the Red Hood

IMDb: 8.1 2010 75 min 40 views
One part vigilante, one part criminal kingpin, Red Hood begins cleaning up Gotham with the efficiency of Batman, but without following the same ...
ActionAnimationCrimeMystery