War for the Planet of the Apes

War for the Planet of the Apes

IMDb: 7.4 2017 140 min 38 views
Caesar and his apes are forced into a deadly conflict with an army of humans led by a ruthless Colonel. After the apes suffer unimaginable ...
DramaScience FictionWar 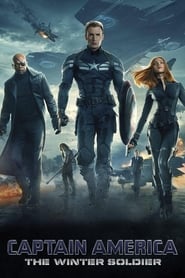 IMDb: 7.7 2014 136 min 40 views
After the cataclysmic events in New York with The Avengers, Steve Rogers, aka Captain America is living quietly in Washington, D.C. and trying to ...
ActionAdventureScience Fiction

IMDb: 6.2 2014 102 min 44 views
Greek general Themistokles attempts to unite all of Greece by leading the charge that will change the course of the war. Themistokles faces the ...
ActionDrama

IMDb: 7 2013 124 min 38 views
Jack Harper is one of the last few drone repairmen stationed on Earth. Part of a massive operation to extract vital resources after decades of ...
ActionAdventureMysteryScience Fiction

2012 136 min 48 views
Peter Parker is an outcast high schooler abandoned by his parents as a boy, leaving him to be raised by his Uncle Ben and Aunt May. Like most ...
ActionAdventureFantasy